The Campaign for Wool 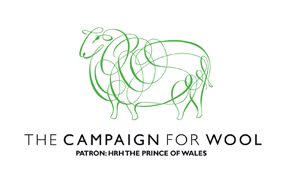 The wool industry was once hit hard, but is now making a comeback.  The Campaign for Wool, based in the UK, serves to promote the many economic, environmental, and practical benefits of wool from fashion to home decor. Nearly all retailers in the UK are involved with the campaign and it has been taken to 17 other countries including the US, Australia, New Zealand, Japan, Korea, South Africa, and Germany. Langhorne Carpets Co. is a charter member of the Campaign for Wool and helped with the campaign’s launch in the US. Being among the leaders in the worldwide wool industry, Langhorne Carpets has used the highest quality wool to weave the finest carpets for our customers and is proud to promote and help educate consumers about the various benefits of this traditional fabric.


Bradford, England was once the wool capital of the world. Competition from overseas led to the fall of the city’s textile trade. However, in recent years the popularity of wool has risen worldwide, due in part to the Royal seal of approval. Wool products have been present at many of the Royal family’s events and celebrations, including the debut public appearance of newborn Princess Charlotte who was wrapped in a wool shawl.


The Royal seal of approval is seen as a sign of highest quality. Tom Hainsworth, the managing director of Hainsworth, an internationally renowned manufacturer of woolen fabrics in the UK, says: “The royal seal of approval is important but there are also other reasons why wool is enjoying a resurgence. An increasing number of exciting British fashion and interior designers are approaching us. They want to work with us because they know that wool is such an exciting natural fabric with wonderful drape, structure and durability.”  In 2010, the Campaign for Wool was launched, with Prince Charles as the head of campaign, to promote high quality wool around the world. Like Langhorne Carpets, Hainsworth is also a supporter of the campaign and participates in its events. “The campaign is excellent for raising awareness about the unique benefits and versatility of wool in modern life. It is an extremely relevant fabric for modern living.”
Posted by Langhorne Carpets at 11:46 AM

Email ThisBlogThis!Share to TwitterShare to FacebookShare to Pinterest
Labels: royal seal of approval, the campaign for wool, wool